A Law Firm Focused On Your Goals

In the Law Office of Alena Shautsova we help our clients to vindicate their rights and obtain compensation for the wrongs they suffered. Employment law is complex and confusing. We represent clients during the negotiations of employment contracts and exit contracts; mediation and arbitration proceedings; EEOC and New York State Division of Human Rights; as well as court proceedings. We also represent clients at the union grievance hearings.

Alena has been selected to the 2017 New York Metro Rising Stars list, an honor reserved for those lawyers who exhibit excellence in practice. Only 2.5% of attorneys in New York Metro receive this distinction. 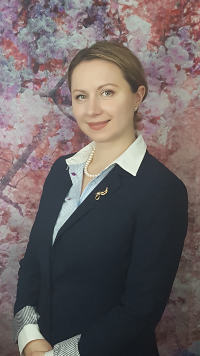 Alena Shautsova is the principal attorney at the Law Office of Alena Shautsova, P.C. Ms. Shautsova was admitted to practice law in the United States in 2008. She comes from Belarus where she graduated with honors from one of the most prestigious law schools in the former USSR. Following her graduation in Belarus, she entered the practice of business law while pursuing a second higher education degree in Economics and Management. Her native languages are Russian and Belarussian.

In 2005 the US Department of State awarded Ms. Shautsova with a highly competitive Eduard S. Muskie scholarship that allowed her to obtain a Master's Degree in Law from the Case Western Reserve University in Cleveland, Ohio. After her graduation from Case Western, Alena interned for the United Nations NGO Global Action on Aging in New York.

Ms. Shautsova is a member of the New York State Bar Association and American Bar Association. She was appointed and served as a member of the House of Delegates to the ABA and NYSBA; helped to organize Disaster Legal Services in New York after hurricane Sandy, put together various CLE programs for New York and US lawyers. She is currently serving as a member of a COSAC (Committee on standards of attorney conduct) and also an ABA co-chair of the membership in New York. In the past, she also represented ABA in the United Nations.

Ms. Shautsova is a frequent guest speaker on the popular news channel RTVi. She has been selected to the prestigious Super Lawyers New York Metro Rising Stars ranking for 2015-2021. Only 2.5% of attorneys in New York Metro receive this distinction.

See What Other Attorneys Say About Alena:

With a reputation as a tough and aggressive trial lawyer, Mr. Colleluori represents clients in the various areas of criminal law in the District, Town, Village Criminal, Civil, Family, County and Supreme courts. His cases have also included civil rights actions, Federal False Claims Act (Qui Tam or Whistle Blower) cases and civil RICO cases. He has handled all level of criminal matters including white collar crimes, homicides, arson and racketeering. Mr. Colleluori has represented clients in both the New York State and Federal courts (mostly in the courthouses of the Second Department of the New York State Courts and in the Second Circuit, Eastern and Southern Districts of New York in the federal courts) but has also appeared pro hoc vice in other East coast states.

Mr. Colleluori’s recognitions include the Master Advocate designation by NITA and was named one of NY State's top 100 Trial Lawyers in 2007 conferred by the American Association of Trial Lawyers. He has  of an "AV" Peer Review rating and listing in Martindale- Hubbell’s Bar Register of Preeminent Lawyers. He holds a perfect AVVO.com rating of 10.0. Tony was awarded a prestigious Outstanding Service Award by the National Association of Criminal Defense Lawyers. Tony has been tapped to serve as a Special Prosecutor in Nassau County, New York and has served the New York Supreme Court as a Fiduciary Referee in Foreclosure actions. He has appeared in Who's Who in American Law; and he has been previously listed as An Outstanding Young Man in America.

Our law office location on map »